Het Bildt, a Frisian polder reclaimed in 1505, was populated in the course of the 16th century by market farmers from across the Zuider Zee. Their translocal commercial and kinship networks and their interaction with local Frisian society and culture are the primary focus of the present dissertation. It relates changes of culture to social-economic and political elite shifts, from the hybrid elite culture of a 16th-century rural patriciate through the aristocratic culture of (largely absentee) landowners around 1700 to the ‘liberal’, ‘bourgeois’ or ‘modern’ elite cultures of the 19th and 20th centuries. The first surveys of the larger population of Het Bildt date back to the 1740s. This dissertation analyses their mobility during the preceding century and the very high percentage of poor (‘alimented’ or ‘insolvent’) residents in 1744. Mobility is indeed a Leitmotiv in these five centuries of broadly defined cultural (or rural) history. The transformation of local and translocal memorial culture is another. In Het Bildt, like elsewhere, family and status determined early modern memorial culture. During the democratic late 20th century, its focus shifted to a cultivation of ‘unique’ local characteristics such as the spoken language, a distinctive amalgam of (imported) Western Dutch and the Frisian language spoken in the surrounding countryside. 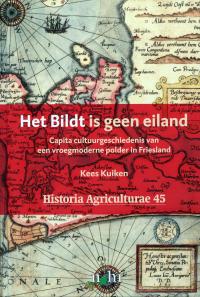